Best VN game, no question! Thanks bro! Looking forward to the next update!

I am not sure if this has been noted or not but on the Linux version I am getting an exception has occurred message in shopping.rpyc at 54, 100, and 302 with TypeError: 'Dissolve' object is not callable. Using the ignore option seem to get past this so it's not a major concern.

when is the next update going to be  added do you think :)

I ran into a bug where my hud isn't showing, the text box and text is still there so I can advance the game but I can't load any saves. For reference it happened shortly after the Winter neutral/advances decision.

I've never encountered something like that, sorry. If you are using a mod, then try a clean install. My advice, delete the entire folder where the game is, and then unzip the build onto a fresh folder. I always recommend people delete the old builds since they can cause glitches and bugs when overwriting.

I know you flip back and forth with Shrink, which he are you currently focusing on now?

Should have something out very soon...

Bit late on this in terms of giving feedback but wanted to do so either way.

Focus on the Harem route, though I did take a glance at the other two.

First off :  overarching story in a Harem game is always silly. No way around that. So that is not what I usually focus on. I am more interested in how the Dev portrays the inner workings of the Harem. Many writers/devs avoid dealing with that all together by using plot devices like mind control, corruption, magical powers or ignoring it completely.

I was pleasantly surprised to not find this here. Not only is the reason why the MC and the individual members of the Harem are attracted to one another fleshed out , but there is also considerable effort put into creating a network connecting the members with one another. A good Harem plot needs a focal point inside the Harem to make it more plausible why they are willing to share (however absurd the whole premise in itself might be) . You have two equal ones, that are basically the core to which everyone else connects, which allows them to interact with the MC without the whole thing imploding.

Definitely one of the good approaches out there in terms of dealing with a Harem plot plot. Good work

All in all the game was good, 0 immersion and quite a bit mistakes related to the pace of the game in both Love and Harem routes (I didn't play the sub/dom route because I'm not really into this stuff), but still good.

I don't really trust a certain character, especially after being able to trigger the "option C" instead of choosing between Mel or Alison (trying to avoid spoilers here), so I really want to see what comes next.

About the Harem route, I was kind of pissed off with those scenes about Chris and Kate 'cause geez... who's interested in that? It really wasn't necessary and the only effect that it had on me was not wanting Kate as part of the harem at all.

And I will be honest here: I REALLY miss Shadow with her normal hair color and style from the Love route on the Harem route. At first I thought: "well, he did say that renders wouldn't be repeated from one route to the other, so it makes sense I guess?" But then Alison returned her hair to what it was before, so I wonder if Shadow will do the same... and I'm still kind of sad that she won't be an option on the Love route considering what she said about Rob on the Harem route and what we see before that (not much, but enough).

Well she had to cancel her date with Rob to look after Caroline so you never know... I'm all about giving choices

I recommend at least checking out the Dom routes

As for Kate, she's been through a lot and will eventually be an option in Harem but every girl is optional - don't have to say yes to anyone

I just checked the link and it works. I don't know what happened in your case, maybe Mega was having issues?

May be, because I did it, thanks you

Okey. So there 3 kinds of nsfw vn types of games.

1. Games where you make a chose and see one scene extra and then the games goes on like nothing. the characters don't change or nothing gets effected aside from that extra scene.

2. Games where your choices may effect how characters behave or what the do/say. It can be change that affects instantly or at a later point in the game.

3. Lastly we have this game where you really, REALLY have a chans at affecting the outcome of what happens. I've played a lot of nsfw vn but I've never seen anything like this, it's amazing and if developed correctly the chaises may have no limit of what you can do. I'm really looking forward to future updates, both to see how the story develops and a chans at seeing what really will be possible to do in this game. Keep up the excellent work

That is one of the best break downs on the types of Vn games a player will  encounter when playing these type of games. Well thought out and a credit to this developers page to have your comment here. Convinced me to give it a try.

I really don't know where you saw all of that in this game since what I saw was  the classic yes/no system going on pretty much both Harem and Love route. You have option 1 that triggers a route and you have option 2 that doesn't. But oh well... to each his own.

I think it's the "3 in one" element mostly

Thanks for the update! So glad to impregnate Shadow finally, so much pent up frustration there LoL!

Amazing game. Went back and completed all routes and various endings (with current free version).

I have to say, the rendering and image quality is outstanding! Can't wait for more content!

Version 0.6.5 - The harem update
Out now on patreon for early access and working it's way out down the tiers this week
I'll share a full changelog when the update goes public but lots of renders, quite a few animations and although there's no real violence there is plenty of action in this update ;) 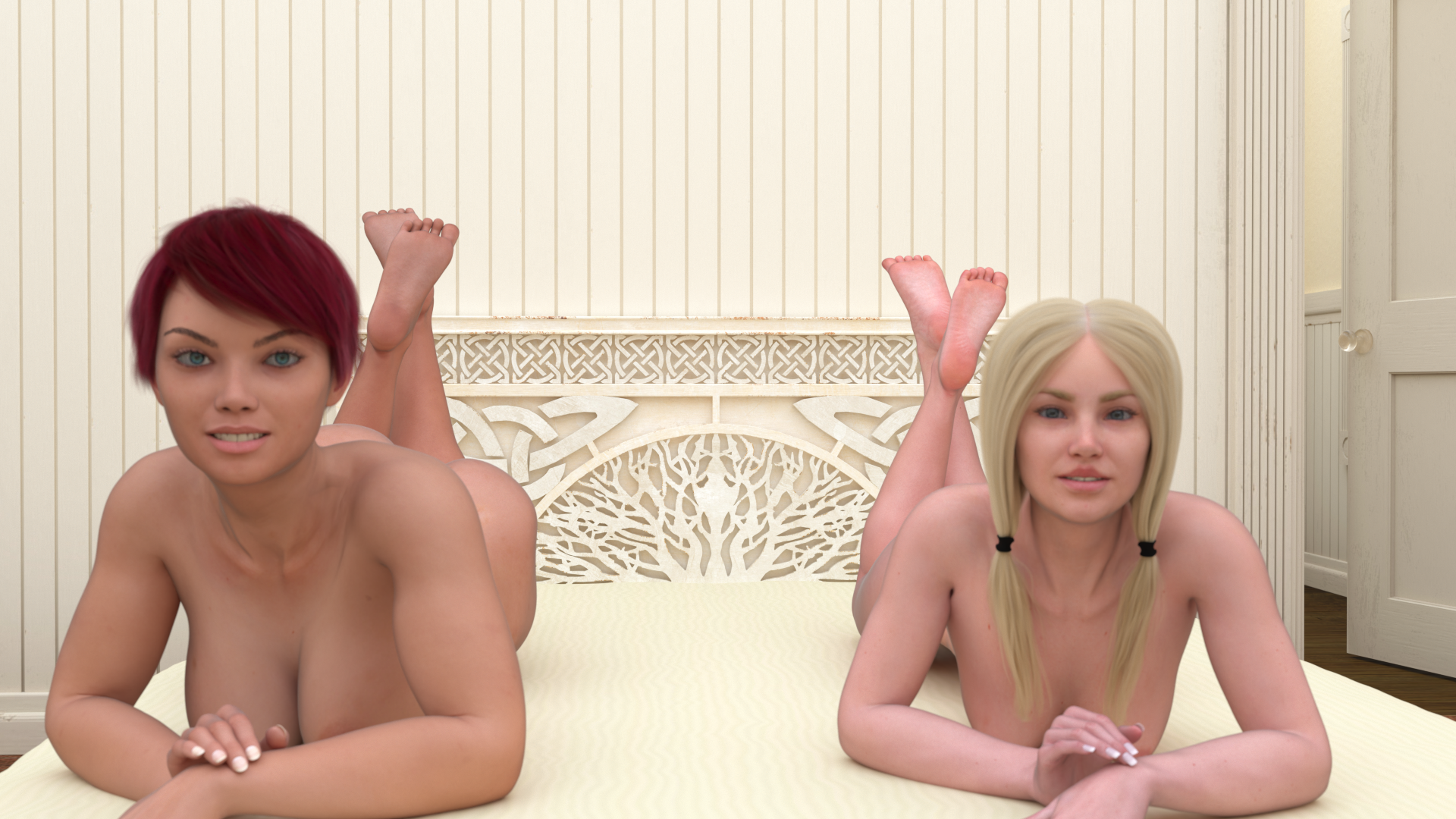 File is no longer available.. For the Android download link

That'll be because the new version is out for patrons

Love route update now out on Patreon on the Alison fan tier and will be working its way down the tiers in the coming days.
Sorry I hadn't been keeping you all updated
Just been working too much to think about anything else 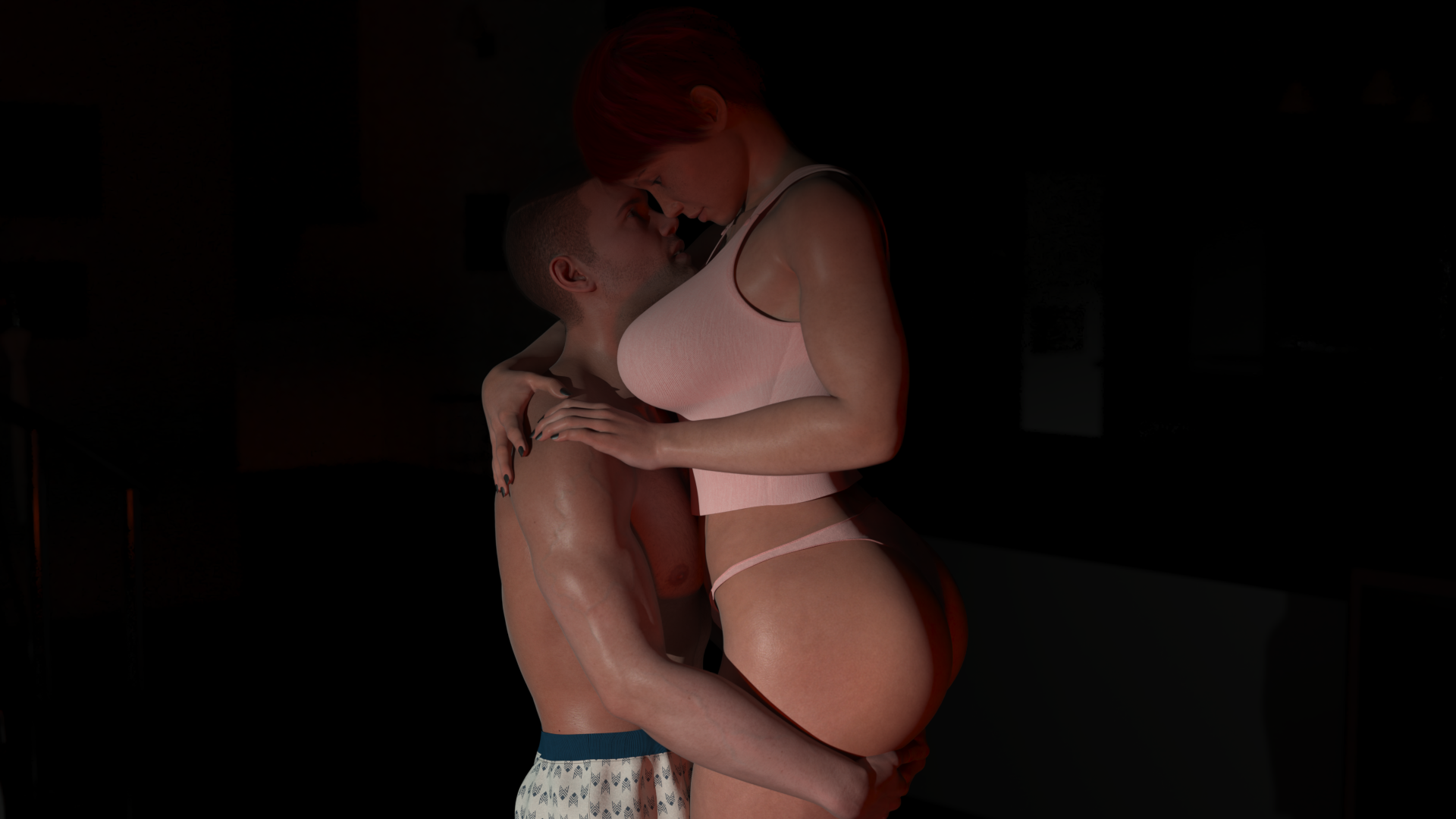 Did this one get abandoned? I really was looking forward to the next update....

I don't think so. There just haven't been any updates for it on itch. But there do seem to be updates on the Patreon site

thank goodness you have a really great plot going.

I did try and get this via discord link first but just got an error works fine here though.

there is one more problem in android version there are few images missing in between i get a msg of image not found.....Btw great game looking forward to next update

Your Mac download link to Mega does not seem to work

I'm not seeing any problem when I try it

Here it is again anyway

and here's a backup

I was able to use the new link and download the game.  It runs very well and you have developed a great story.  Thank you very much.